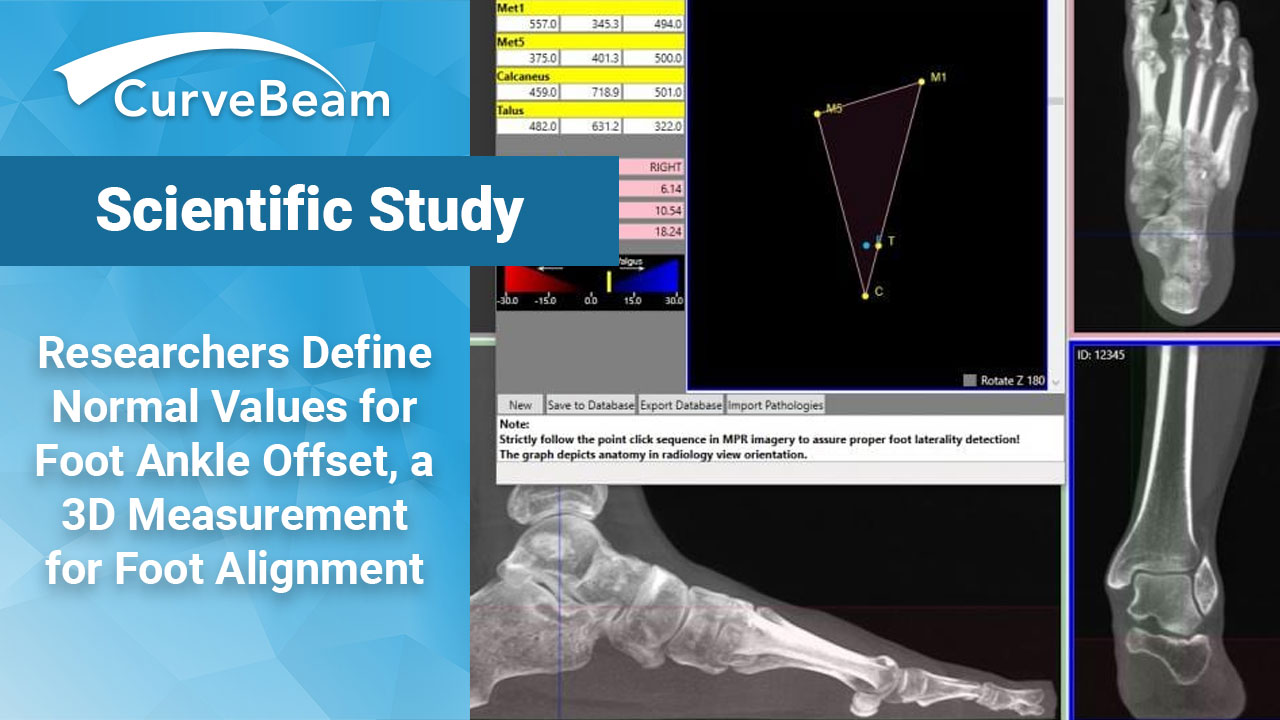 In 2019, an award-winning study theorized the development of periprosthetic cysts post a total ankle replacement could be reliably predicted from the degree of misalignment calculated from a  post-op  weight bearing CT (WBCT) scan. The international team of researchers behind the study concluded if surgeons could stay within a “safe zone” varus/valgus alignment, the risk of post-operative foot and ankle pathologies would be lower.

In a study published in the April 2022 edition of Orthopaedic Surgery, that team expanded their research to define exact values for the safe zone.

The safe zone range is defined as percentages of Foot Ankle Offset (FAO).

After analyzing a cohort of 125 subjects (250 feet), who all underwent bilateral WBCT scans on a  CurveBeam pedCAT, researchers found an increased occurrence of varus-related and valgus-related pathology below –1.64% and above 2.71%, respectively.

FAO percentage was measured using TALAS, CurveBeam’s semi-automatic software tool. TALAS is investigational only and is not available for sales in the United States. Localization of the weight bearing points on the first and fifth metatarsals and the calcaneus as well as the summit of the talar dome was performed and the results were expressed as percentages. Hindfoot alignment was measured using tibio-calcaneal angle (TCA) from digitally reconstructed radiographs (DRR) obtained from the 3D dataset. CurveBeam’s dedicated software, CubeVue, was used to draw the angle defined by the axis of the tibia and the line between the center of the talar dome and the middle of the posterior calcaneal process, as described by Saltzmann and El-Khoury. The TCA angle is defined as positive for hindfoot valgus and negative for hindfoot varus.

Researchers stated that although this safe zone cannot be used as a direct predictor, the results do provide a clearer view of “normal” values for 3D hindfoot alignment. Future studies may confirm these results by correlating alignment with clinical data and post-operative results.

While the study focused on hindfoot alignment, researchers also observed that WBCT analysis revealed one quarter to one-third of feet were misclassified during clinical examination.