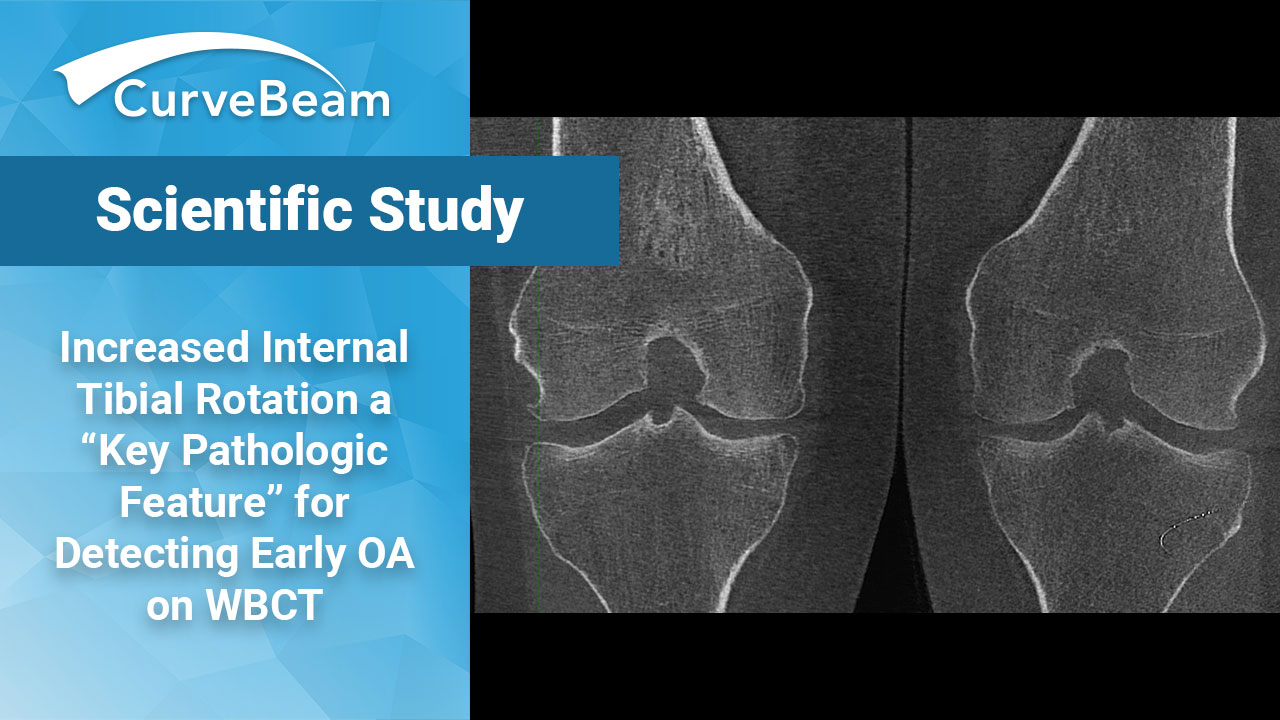 Diagnosing knee osteoarthritis (OA) early is essential in preventing its progression and avoiding irreversible degenerative changes that occur in the joint. The challenge with current imaging standards is the limitation of the two-dimensional (2D) nature of radiographs when evaluating the degree of tibiofemoral joint deformity, even when utilizing the current gold standard Kellgren-Lawrence (K-L), a method based on osteophyte formation and joint space narrowing. Even using computer-aided diagnostic systems such as knee osteoarthritis computer-aided diagnosis (KOACAD), which enabled the automatic classification of knee OA, the joint space widths (JSW) between K-L1 and K-L2 differ by less than 0.4mm, which is too small to enable differentiation on clinical radiographic images.

Dr. Kenada et al. out of the Department of Orthopedic Surgery, Keio University School of Medicine, Tokyo, Japan, found that capturing anatomy with weight bearing CT (WBCT) makes the 3D deformities in knees with osteoarthritis much easier to assess. The greater the tibial internal rotation when a patient is weight bearing is a key pathologic feature to detect early osteoarthritic change in knees undergoing osteoarthritis.

The study compared a total of 45 knees in 25 patients with knee OA. CT images of the entire leg were obtained in the supine position using conventional CT (MDCT), as well as in weight bearing using a WBCT. Patients with inflammatory arthritis on MRI or who had valgus knee OA were excluded as this study focused on medial knee OA.

3D surface data corresponding to the femur and tibia were extracted from the CT DICOM files using 3D visualization software. A modified femoral and tibial coordinate system based on the method defined by Sato et al., Enomoto et al., and the International Society of Biomechanics was used.

Next the differences in knee rotation between the supine and standing positions scans was analyzed using the Euler/Cardan angles (specifically, the sequence Z-X-Y, wherein the rotations around X, Y, and Z were defined as varus/valgus, external/internal rotation, and flexion/extension, respectively) representing three sequential rotations about the anatomical axis of the proximal bone to describe the bone-to-bone rotations of the tibia relative to the femur around each axis.

The angle between the perpendicular of the line connecting both anterior superior iliac spins of the pelvis and the anterior-posterior axis (X-axis) of the tibia was measure to evaluate the difference in the original lower limb position between supine and standing CT scans.

The participants were then divided into four grades based on the K-L classification (K-L 1-4). Differences in the knee angles in each plane were compared among these four grades.

The study concluded that while patients are bearing weight the 3D deformities in knees with osteoarthritis are in fact greater, particularly tibial internal rotation when analyzing patients with KL grade 2 when compared to those with grade 1.

Researchers noted that the greater tibial internal rotation due to weight bearing is a key pathologic feature to detect early osteoarthritic changes in knees undergoing osteoarthritis.