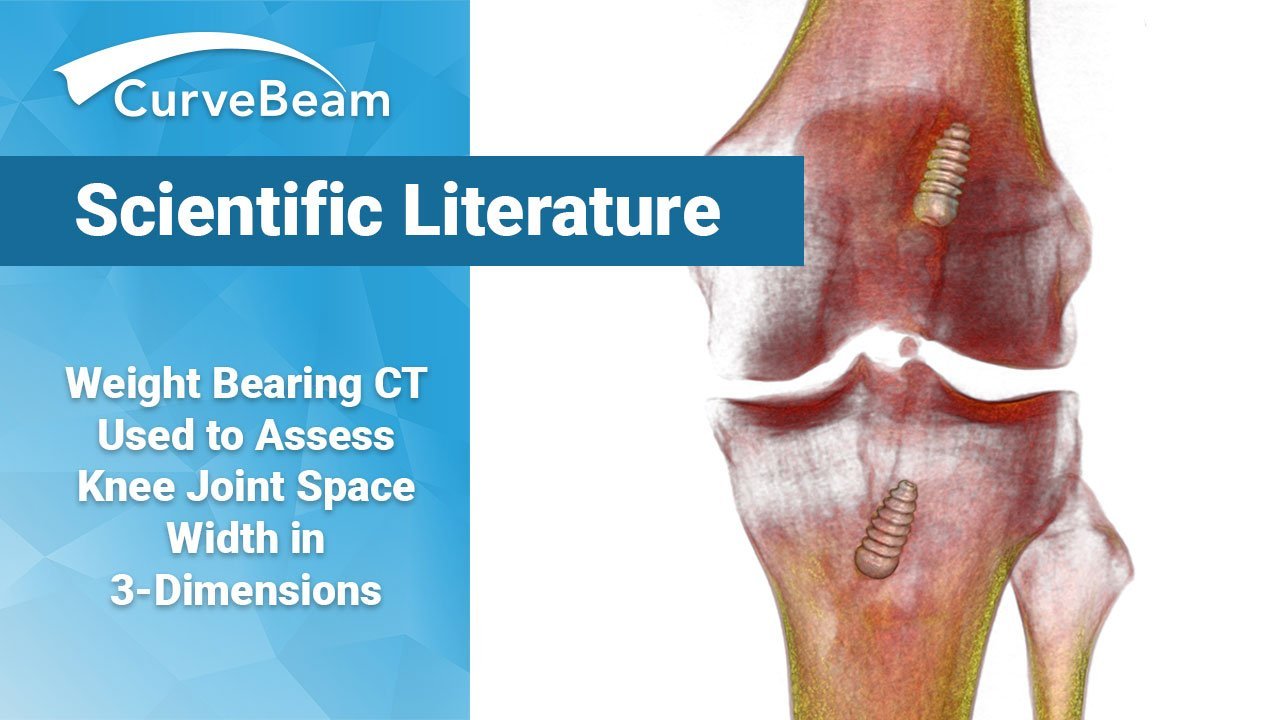 Weight bearing CT imaging could detect minute arthritic changes in the knee joint beyond what is possible by even the best radiography systems, according to a new study published in Radiology (2021; 000:1-10 edition). Improving sensitivity in imaging could help in the context of identifying early diseases, monitoring progression, and stratifying patients for therapeutics.

Researchers in the U.S. and U.K. used a 3D surface-based approach of joint space mapping (JSM) method to measure the knee joint on weight bearing CT images.  The aim was to demonstrate a relationship between the 3-dimensional joint space width (JSW) distribution and structural joint disease.

The study, led by Norfolk and Norwich University Hospital Musculoskeletal Radialogist Tom D. Turmezei, MPhil, MA, BM,BCh, PhD, FRCR, showed JSM is reproducible, repeatable, and feasible for even novice users via weight bearing CT imaging, and could be used as an alternative to MRI + radiography to assess the progression of osteoarthritis.

The current standard of care for assessing joint space width (JSW) for osteoarthritis is a combination of MRI and radiography. Supine CT, while an established method for visualizing boney structures, has been limited in its use to investigate joint space in osteoarthritis because patients are not in weight bearing.

CurveBeam’s cone beam weight bearing CT(CBCT/WBCT) can produce three-dimensional CT images which can be used to map JSW. A modified CurveBeam system was utilized for this study.

By using WBCT, the projectional variability in X-Ray beam positioning can be removed, allowing for a more accurate representation of the JSW distribution, which leads to higher sensitivity and detection rates of disease-relevant structural changes, all at a lower radiation dose (similar to the radiation dose of X-Ray) than traditional non-weight bearing CT.

In this study, the researchers worked with samples of weight bearing CT images of the left and right knees. The images were acquired between 2014 and 2018, had radiographic Kellgren-Lawrence grades (KLGs) less than or equal to 2, and were analyzed retrospectively with JSM to deliver 3-dimensional JSW maps.

To test for reproducibility, images of three sets of knees were used for novice training which allowed the JSM output to be compared against an expert’s assessment. JSM was then performed on 2-week follow-up images, which gave 3-dimensional JSW difference maps used to test for repeatability.

Statistical parametric mapping was performed on all knee images to show the feasibility of a surface-based analysis in 3-dimensions. The results (33 individuals with a mean age of 47, mean body mass index of 27 kg/ m2 , 23 women) showed that the central-to-posterior medial joint space was significantly narrower by 0.5 mm for each incremental increase in the KLG. One knee, rated a 2 KLG, showed a baseline versus 24-month change in its 3-dimensional JSW distribution that was beyond the smallest detectable difference across the lateral joint space.

“Further study is needed to test the diagnostic and prognostic utility of 3D JSW distribution against important outcome measures, such as patient-reported pain and functionality, and relevant clinical events, such as total knee replacement,” the authors wrote. “We will now embark on further research for exactly those purposes.”