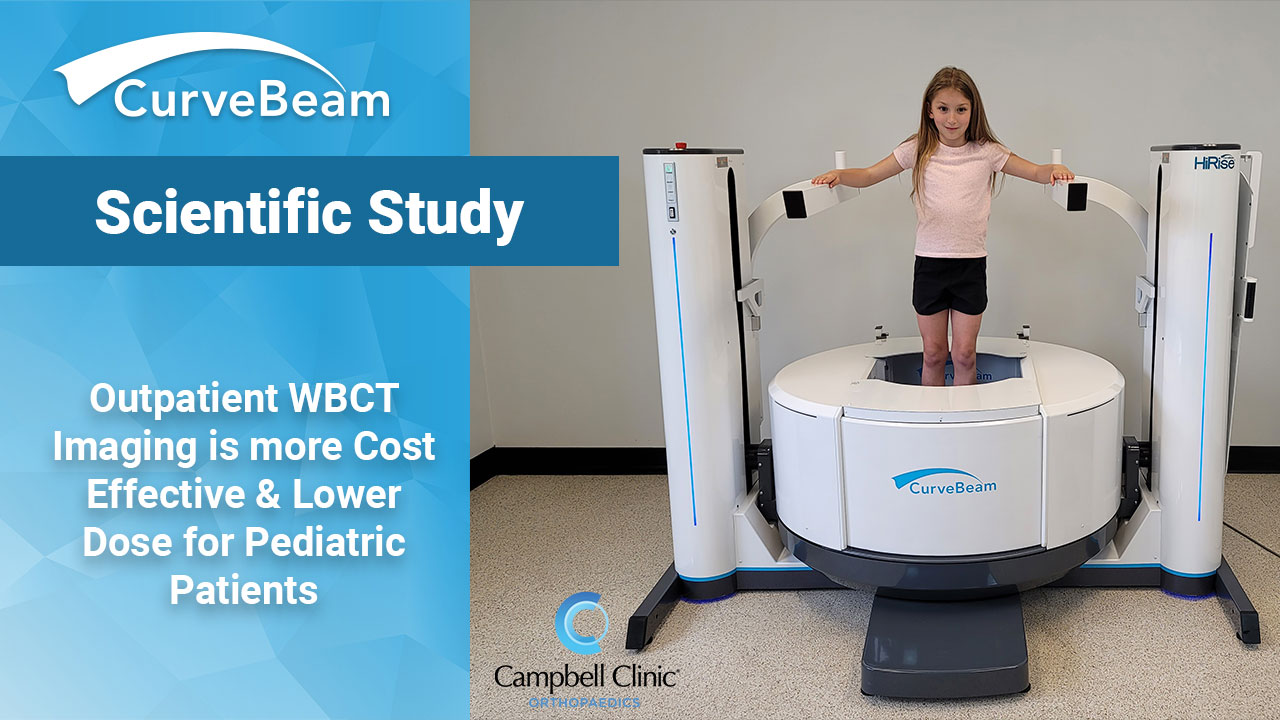 The study (IRB #19-06448-XP) compared 68 pediatric patients (86 extremities) from a retrospective cohort who underwent WBCT for a variety of conditions with 48 pediatric patients (59 extremities) who underwent traditional supine non-weight bearing CTs (NWBCT). Clinical indications, demographic data, radiation doses, and cost were obtained from the medical records of all patients. The WBCT scans were obtained in a private outpatient orthopaedic clinic with a CurveBeam’s weight bearing CT system  and the conventional NWBCTs were obtained within a hospital-based system utilizing a standard supine CT system.

The most common clinical indications for both WBCT and MDCT were coalition, fracture, and Lisfranc injury. For Lisfranc injuries specifically, WBCT was ordered 10 times more frequently than MDCT. WBCT is “an important tool in the management of subtle Lisfranc injuries as weight bearing may provide greater diagnostic imaging over supine,” the authors said. WBCT can guide pre-operative planning for more advanced Lisfranc cases, the authors added.

The pedCAT WBCT radiation dose is predetermined by settings based on the patient’s weight. For CTs of the entire foot and ankle, a radiation dose of 0.63 mGy is absorbed in patients that weigh less than 100 lbs and 1.10 mGY for patients who weight 100 lbs or greater.

Researchers noted that the radiation dose was significantly less with WBCT performed on the pedCAT scanner than traditional MDCT.

Researchers noted that if the 68 patients who had WBCT scans had undergone MDCT instead, the reimbursement would have been $23,344 more in total for the combined unilateral and bilateral scans.