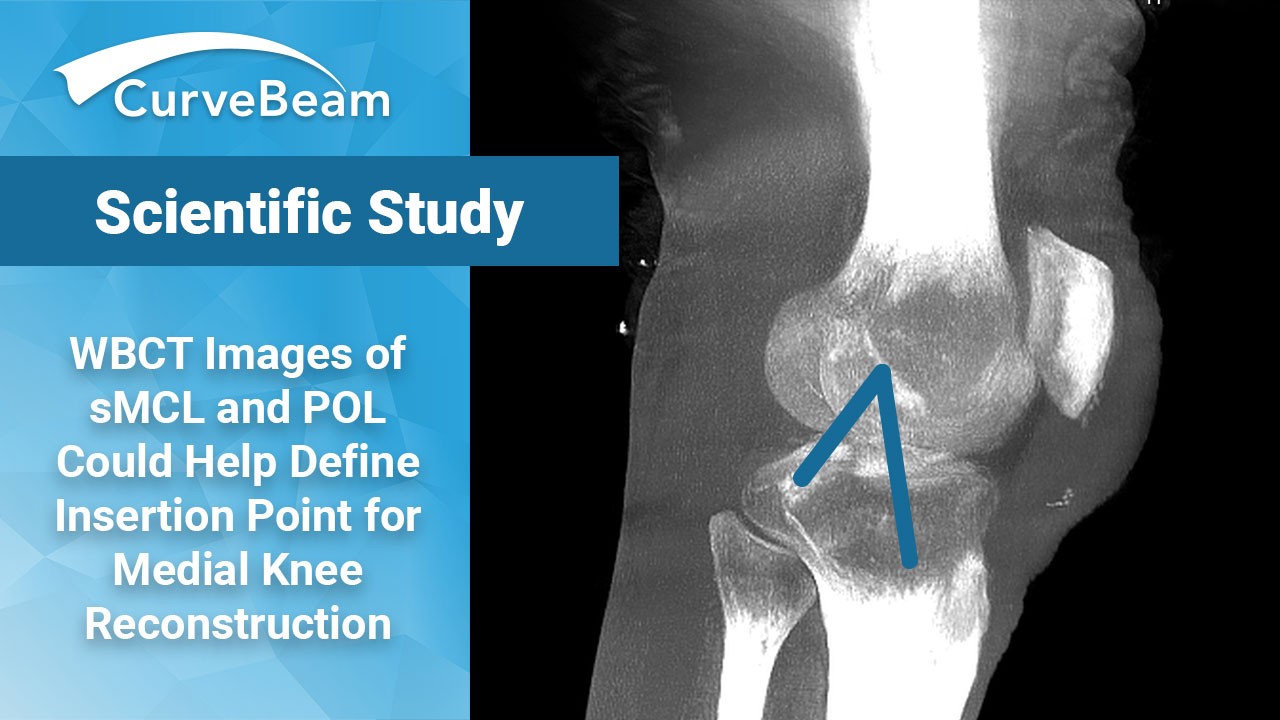 The anatomy of the medial collateral ligament (MCL) and the posteromedial corner has increasingly become a point of interest when examining medial knee reconstruction techniques.  Repair or reconstruction of the MCL has proven to be effective in restoring valgus and rotatory instability.

Prior research has primarily focused on the biomechanical behavior of various reconstruction techniques. There is little data on ligament elongation patterns and how to accurately identify quantitative radiographic landmarks for insertion sites that would result in the smallest length changes during insertion.

Dr. Sandro Hodel, MD et al. out of the Department of Orthopedics, Balgrist University Hospital, in Zurich, Switzerland, found that while the superficial MCL (sMCL) had only limited length changes throughout full ROM, the posterior oblique ligament (POL) demonstrated substantial shortening starting from 30° of knee flexion. Femoral sMCL graft placement directly posteroinferior to the center of the anatomical insertion of the sMCL demonstrated the most isometric behavior during knee flexion.

The study compared weight bearing CT (WBCT) scans of 10 healthy patients. The high-resolution cone beam CT images were acquired in a standing position with increasing knee flexion of 0°, 30°, 60° and 120°.

The femur remained static as a reference, and the tibial motion was described relative to the femur throughout flexion. The femoral model of each participant was superimposed using an iterative closest point (ICP) surface registration algorithm. Knee flexion was defined in five angles (0°,30°,60°,9°0, and 120°) and interpolated to reduce the effect of variable degrees of flexion.

Researchers first performed an analysis of the ligament length change of the sMCL and POL. Next, the most isometric femoral insertion point of the sMCL was defined and quantitative radiographic landmarks were reported. As the POL demonstrated significant lengthening during extension in previous studies, and its main role is to provide rotational and valgus stability near extension after anatomical reconstruction, the study did not attempt to compute an isometric point for this graft strand because of its limited clinical relevance.

The isometric score of the sMCL was 1.2 ± 1.8 compared with 35.5 ± 15.2 for the POL. The femoral sMCL insertion with the most isometric score throughout the ROM was located at 47.8% ± 2.7% of the x axis and at 46.3% ± 1.9% of the y axis. The most isometric femoral sMCL insertion was located 0.6 ± 1.7 mm posterior and 0.8 ± 1.2 mm inferior to the center of the sMCL insertion. It was noted this point prevented ligament length changes >5% in all participants with a mean lengthening of 2.6% ± 1.1% during knee flexion. In a true lateral view of the digitally reconstructed radiograph, the point could be identified directly anterosuperior of a crosshair defined by a line between the posterior femoral cortex and the most distal point of the medial condyle, and a perpendicular line through the most posterior point of the medial condyle.

The authors felt that the most important finding was that the sMCL demonstrated only limited length changes throughout the full ROM compared with a significant shortening of the POL during knee flexion under weight bearing conditions. These findings aid in guiding medial knee reconstruction to prevent repetitive stretching or slackening of the graft and eventual graft failure; or over constraint of the medial compartment.  The authors recommended the POL graft strand should be tensioned and fixed in less than 30 degrees of knee flexion to prevent overtightening in extension.

Researchers noted that while the elongation patterns of the center of the sMCL are in line with previous studies, it was important to consider the reciprocal behavior of tensioning of anterior fibers and slackening of posterior fibers of the MCL during flexion of the fan-shaped wide anatomical structure. Most MCL reconstruction techniques use a single graft strand for the sMCL, so preventing lengthening or slackening of the graft strand is important.