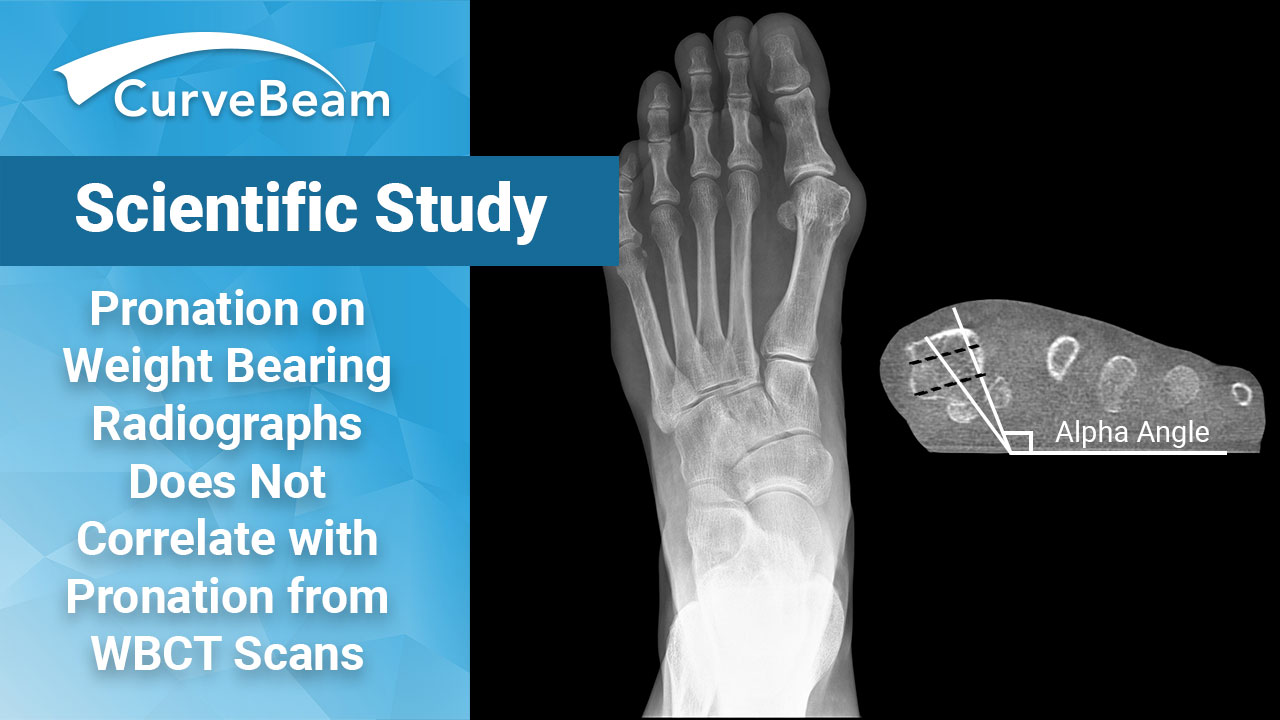 The study, by Dr. Tamanna J. Patel et al, was published in the October 2021 issue of Foot and Ankle Surgery.

HV is a 3-dimensional deformity that occurs in the coronal, sagittal, and axial planes. Due to the complexity and multiplanar views required, the limitations of WBXR are restricting. While studies exist individually for both WBXR and WBCT in reference to methods proposed to measure pronation of the 1st metatarsal, the main purpose of this study was to compare the two methods of measurement.

The study compared 29 patient datasets who fit the criteria of both having pre-operative and 5-month post-operative WBCT scans as well as corresponding WBXR of the affected foot.

Weight Bearing radiograph measurements were obtained from the AP view. Measurements included intermetatarsal angle (IMA) and the HV angle (HVA). The method described by Wagner and Wagner was used to measure pronation by examining the shape of the head of the 1st metatarsal. Patients were divided into one of four categories based on 1st metatarsal pronation: <9.9 degrees, 10.0 – 19.9 degrees, 20.0-29.9 degrees, and 30. Then Meary’s Angle was calculated using a lateral view.

WBCT measurements were obtained using two methods: the alpha angle (an angle formed by line that connects the crista and the dorsal center of the 1st metatarsal and the line vertical to the ground) as well as with the CAD modeling technique. Based on the alpha angle, patients were grouped in to the same four categories as described in the WBXR pronation measurements. Once the CAD modeling technique was performed, the models were uploaded to Geomagic Studio 2014. Using this software, an examiner picked landmarks on the cortex of the 1st metatarsal and 2nd metatarsal and utilized MATLAB 2019a to calculate the difference in rotation between the points on the 1st and 2nd metatarsal which defined 1st metatarsal pronation. These measurements were similarly placed into the four categories as described.

It was noted that the study had important limitations, including the significant processing time of the  CAD modeling method. The introduction of software such as CurveBeam’s Autometrics “will perform automatic…segmentation of bones and may allow for the measurement of the 1st metatarsal pronation to be calculated more quickly in the future,” researchers said.

Autometrics is investigational only and is not available for sale in the United States.