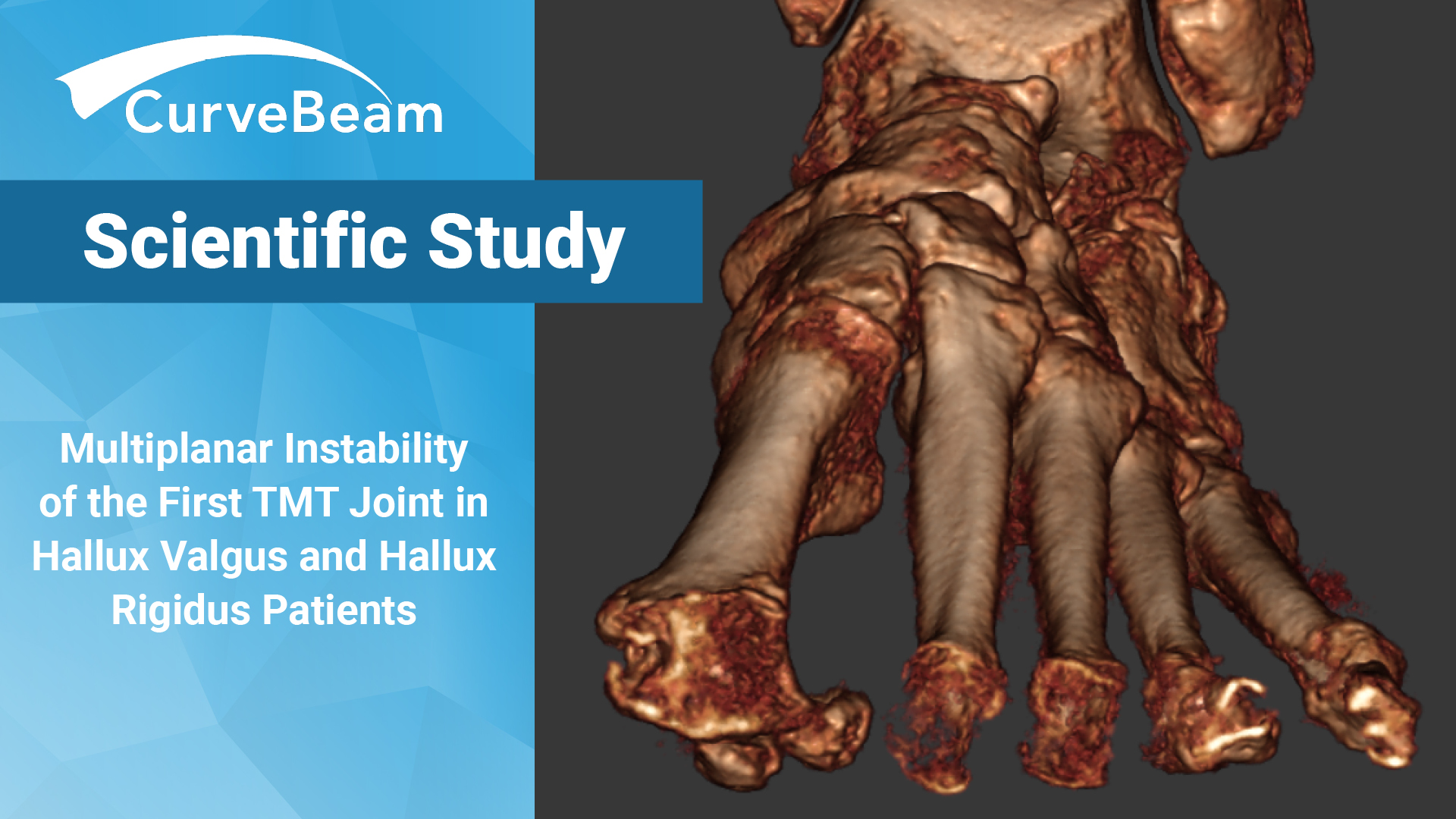 1st TMT Instability – Does it Cause Forefoot Pathologies?

Researchers at the University of Iowa Department of Orthopaedics confirmed HV and HR patients have significant multiplanar instability compared to controls using Weight Bearing CT (WBCT) imaging. Their findings were published in the July 2021 issue of International Orthopaedics.

Clinical examinations of hypermobility are limited and have low reliability, while weight bearing conventional radiographs (WBCR) are limited by varying positions of the foot with respect to X-Ray projection and its inability to assess the coronal plane accurately. WBCT is a new and highly reliable and accurate tool that allows for a quantifiable analysis of the first ray hypermobility including multi-planar assessment in axial, sagittal, and coronal planes.

In the axial plane, the inclination of the first TMT was measured at the dorsoplantar center of the first TMT joint. Thicker MPR slices were utilized to allow for measurements of four different angles including hallux valgus angle (HVA), first-second intermetatarsal angle (IMA), C1-M1 angle, and the middle cuneiform-second metatarsal angle (C2-M2). To determine varus angulation of proximal M1 (axial instability) at the first TMT joint, C1-M1 angle was defined as an angle between the longitudinal axes of C1 and M1. To determine forefoot adduction, simplified metatarsus adductus angle, C2—M2 angle was measured.

The results confirmed signs of first ray instability at the first TMT joint are often seen in both HV and HR patients. The HV group demonstrated instability mainly in sagittal and axial planes while the HR group predominantly had sagittal instability markers. There were no differences in C1 morphology when measured by the distal articular surface inclination, suggesting C1 morphology is not a predisposing factor for first ray instability development in either HV or HR. The results also validated previous studies, which found increased plantar gapping in HV and HR patients.

“A surgical stabilization of the instability at the first TMT joint can be an option for simultaneous correction of the first TMT angle, M1 dorsal translation in sagittal plane and increased C1-M1 angle, HVA, IMA in axial plane, and possibly proximal and distal M1 rotation in the coronal plane,” researchers found.