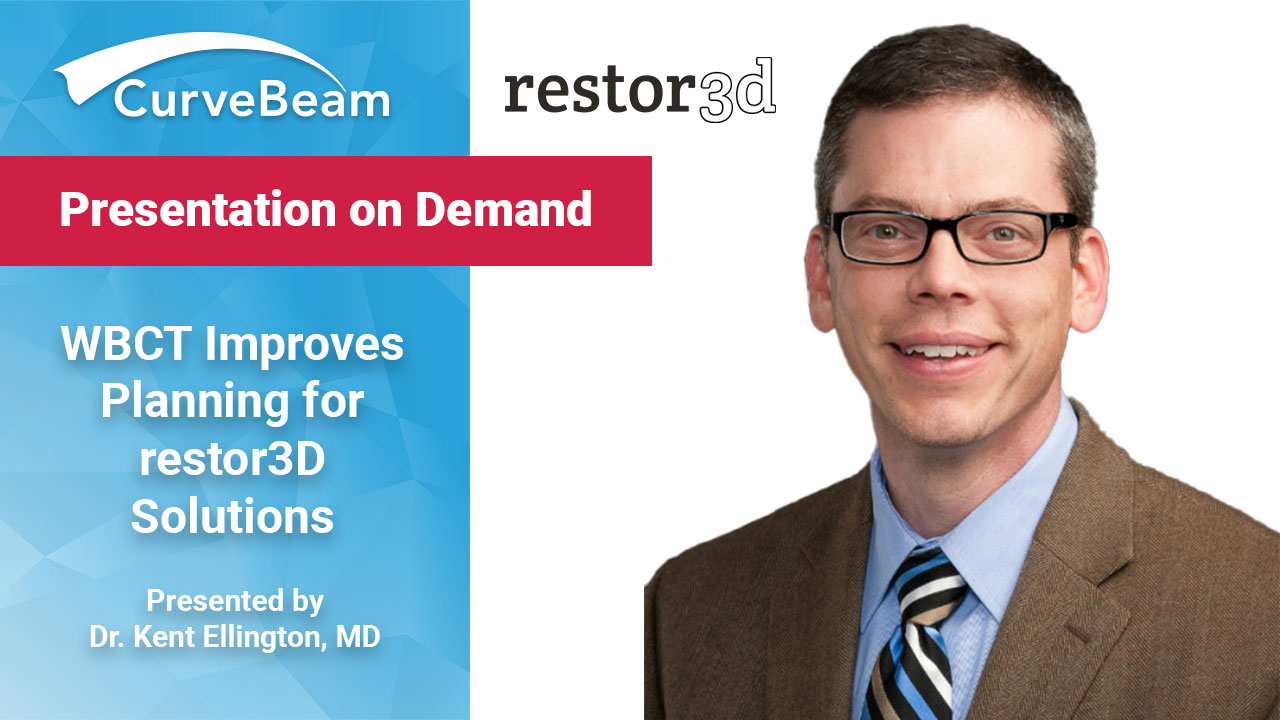 Dr. Kent Ellington, MD, a foot and ankle surgeon at OrthoCarolina, said he orders a weight bearing CT (WBCT) scan for pre-planning every total ankle replacement procedure he performs. Dr. Ellington presented a series of cases in a booth presentation at the 2021 AOFAS Annual Meeting in Charlotte, N.C.

Having access to WBCT in-office speeds up the treatment process, which increases patient satisfaction and decreases healthcare costs, he said. 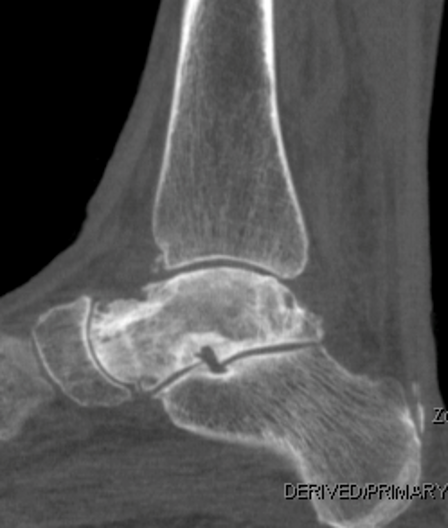 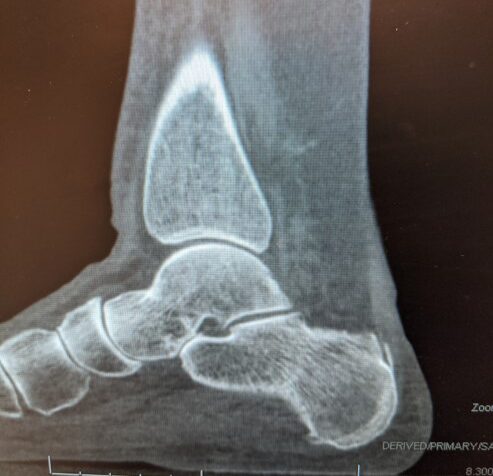 A 69-year-old female presented with idiopathic talar avascular necrosis (AVN). MRI imaging revealed  the talus was dead, however WBCT imaging showed the subtalar joint and ankle joint were both well preserved. One option was a tibiotalocalcaneal fusion, which has a high failure rate and typically results in limited ankle mobility. Instead, Dr. Ellington opted for a custom total talus. The talus implant was designed from  healthy contralateral foot in the patient’s WBCT scan. restor3D provided cobalt chrome implants in two sizes along with radio-opaque trial implants to use intra-operatively. The patient was functioning well in the 16-month follow-up. 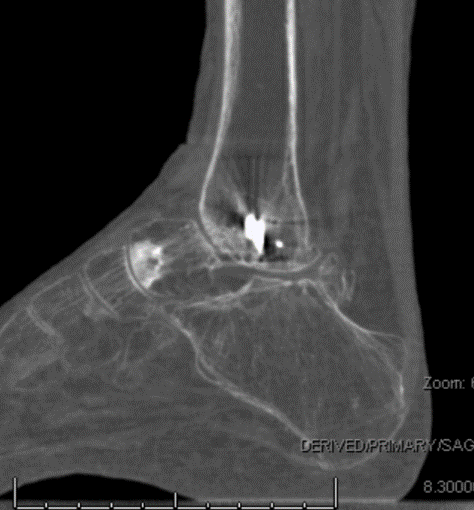 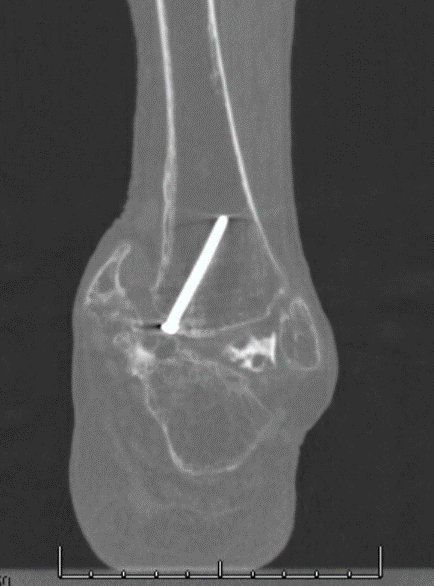 A 57-year-old diabetic female with previous ankle/talus ORIF presented with severe pain. The patient flew in from out-of-state for treatment. Traditionally, Dr. Ellington would have to order a supine CT scan, get the results up to a month later, and have the patient fly back for a follow-up appointment. Instead, Dr. Ellington ordered a a WBCT scan via his in-office system and immediately mailed the disc to restor3D. He opted for a custom cage to maintain ankle hindfoot height after he removed the degraded bone. A custom talar head (using the healthy contralateral side as a template) was 3D printed to adjoin to the still intact navicular bone. He utilized a DynaNail for alignment. Eight months later, the patient was mobile with no pain.

“This case was successful because of the whole team – restor3D & CurveBeam – not just me,” Dr. Ellington said. 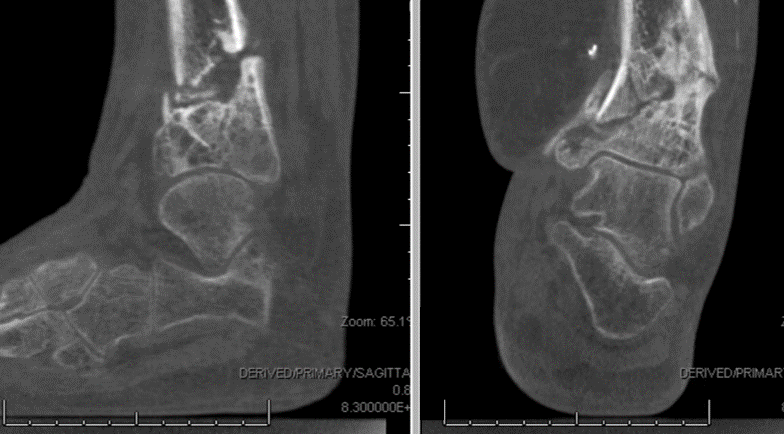 A 38-year-old police officer was treated for an open 3B tibia, which eight months later developed a serious infection. Limb salvage was attempted with an external fixator, but the patient developed AVN as a result. Most cases would have resulted in amputation, but using WBCT imaging and restor3D, Dr. Ellington was able to save the limb with a custom tibial implant and cage. When designing the implant, restor3D engineers used the WBCT scans of the leg to correct the alignment of the foot.

“I like to work with companies that are going to change medicine, and CurveBeam and Restor3D are doing that,” Dr. Ellington said. “I’m honored to be a part of it.”