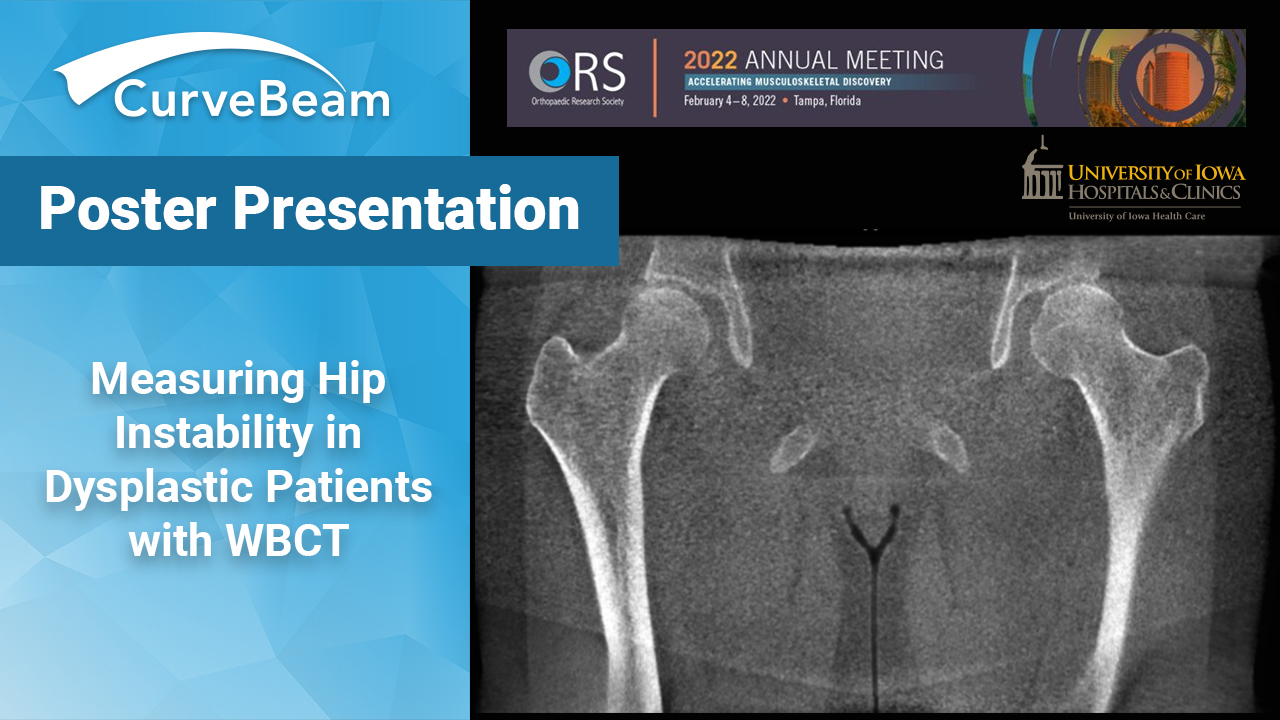 Weight bearing CT (WBCT) may be able to visualize changes in measures of hip instability not detected by supine views, according to a poster presented at the Orthopedic Research Society 2022 Annual Meeting in Tampa, Fla.

Hip dysplasia is a complex deformity of the acetabulum and femoral head that results in instability and overloading at the edge of the acetabulum. Left untreated, these factors can lead to progressive degeneration of the joint and osteoarthritis.

The current standard-of-care to evaluate for hip dysplasia is a combination of weight bearing radiographs and unstressed supine CT & MRIs.

WBCT is a novel imaging technique that provides detailed 3D information of the hip in functional standing or stressed positions.

Patients with hip dysplasia and healthy controls underwent a neutral CurveBeam HiRise WBCT scan and one with the hip stressed in maximal external rotation. The dysplastic patients also underwent a supine CT.

Starting in the center of the femoral head, the measurements performed were

2)      Perpendicular distance from 1 line to the center of head

5)      Superior and medial clear space in the coronal plane.

In control patients, a significant difference was seen in superior joint space comparing neutral and stressed views, but not in dysplastic patients.

Researchers said larger studies would be needed to further evaluate the effectiveness, measures and WBCT in detecting hip instability.