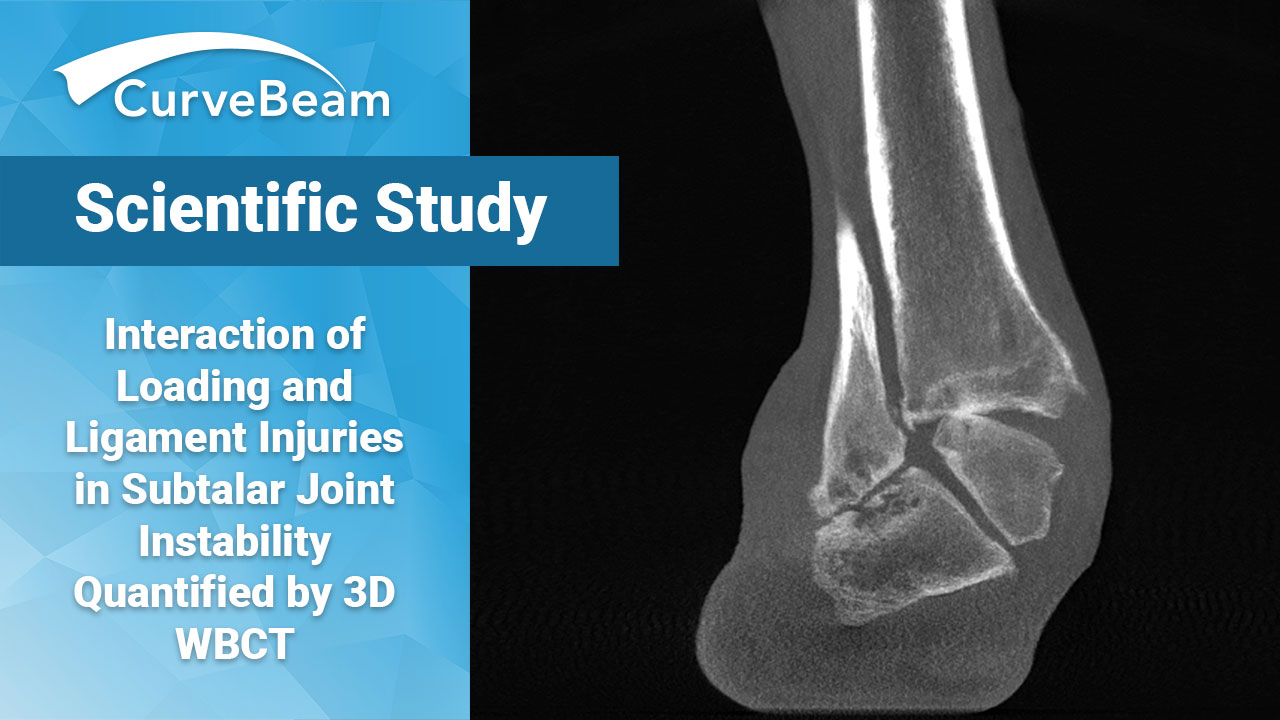 Are two-dimensional imaging techniques to blame for the diagnostic enigma of subtalar joint instability? An emerging technology, three-dimensional weight bearing CT (WBCT), may be the solution to better understanding the concept of hindfoot instability.

A recent study by Dr. Arne Burssens et al, published in the Journal of Orthopaedic Research, May 2021, hypothesized that WBCT would be able to distinguish 3D displacement after ligament injury from normal articular configuration in the subtalar joint under various amounts of load and torque.

Researchers said the principal finding of the study demonstrated the superiority of applying torque in external rotation on the hindfoot to detect instability after subtalar ligament injuries when compared to applying axial load or internal torque. With this understanding, doctors could assess patients in a more educated way when examined in clinic, resulting in a better patient outcome.

Hindfoot instability involves a deficiency in restraint of motion along the articular symmetry of the ankle and subtalar joint, which attributes to an inversion or eversion sprain of the ankle. Forty to 55% of these injuries evolve into chronic instability and it is believed that up to 25% of patients with chronic ankle instability have associated subtalar instability. A misdiagnosis could lead to an inadequate conservative or surgical treatment.

Until now, imaging such as oblique radiographs, cross-sectional computed tomography (CT), magnetic resonance imaging (MRI), or stress tests have been used to assess the pathology and create a diagnosis. What these techniques do not account for is the physiology under weight bearing load as well as the complex three-dimensional configuration of the subtalar joint, an issue resolved with WBCT. WBCT utilizes cone beam CT technology. Employing a wide cone-shaped beam, one rotation of the gantry can capture the region of interest in high resolution, low dose (compared to that of conventional medical CT (MDCT)), and, most importantly, in three dimensions.

Once this was complete, the interosseus talocalcaneal ligament (ITCL) or calcaneofibular ligament (CFL) was sectioned, then the ITCL with CFL and after the ITCL, CFL with the deltoid ligament (DL). The highest translation could be detected in the dorsal direction and the highest rotation occurred in the internal direction when external torque was applied to the foot without load. These displacements differed significantly from the condition containing intact ligaments, with a mean difference of 1.6 mm (95% confidence intervals (CI), 1.3 to 1.9) for dorsal translation and a mean of 12.4 degrees (95% CI, 10.1 to 14.8) for internal rotation.

Read the full study, which includes a comprehensive diagnostic setup which could be applied in clinical practice, here.