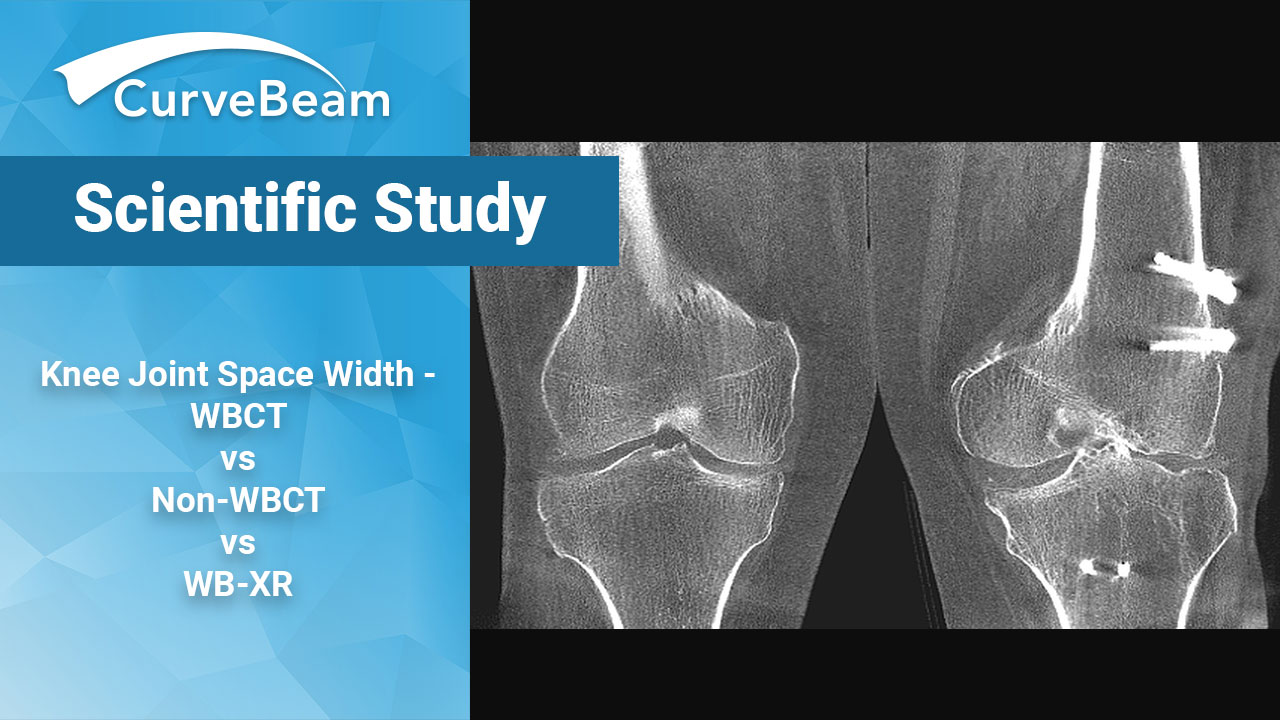 Joint space narrowing is a classic characteristic of knee joint degeneration. However, standard non-weight bearing CT (NWB-CT) examinations of the extent of joint space width often misdiagnose or give a false impression of the preserved articular cartilage. The introduction of weight bearing CT (WBCT) has heralded a true view of the joints under physiological conditions.

A recent study from the Balgrist University Hospital in Zurich, Switzerland showed that WBCT demonstrates significantly more bone-on-bone appositions and shows detailed quantification of the femorotibial joint space and the effect of knee alignment on joint space width (JSW), an issue often underestimated or even undetected with NWB-CT and weight bearing X-Ray (WB-XR). The study by Dr. Benjamin Fritz et al was published in the December issue of Osteoarthritis and Cartilage.

Twenty-six participants met the inclusion criteria for the study. All exams were acquired during a previously conducted prospective study.

Medial and lateral femorotibial joint spaces were calculated on NWB-CT and WBCT images.

Grading of osteoarthritis of the knee joint was assessed in all participants on anteroposterior, standing, WB-XR in full extension according to the Kellgren and Lawrence (KL) classification system for osteoarthritis. Bone-on-bone apposition was defined as a distance of less than 0.4 mm between the femoral condyle and the tibial plateau due to the voxel size of WBCT and visual inspection and correlation. 0.4 mm is considered to represent the detection limit of this 3D approach for quantitative JSW analysis.

WBCT, and the 3D aspects of the scans, allows detailed quantification of the femorotibial joint space and the effect of knee alignment on JSW. WBCT demonstrates significantly more bone-on-bone appositions, which are underestimated or even undetectable on NWB-CT and WB-XR.