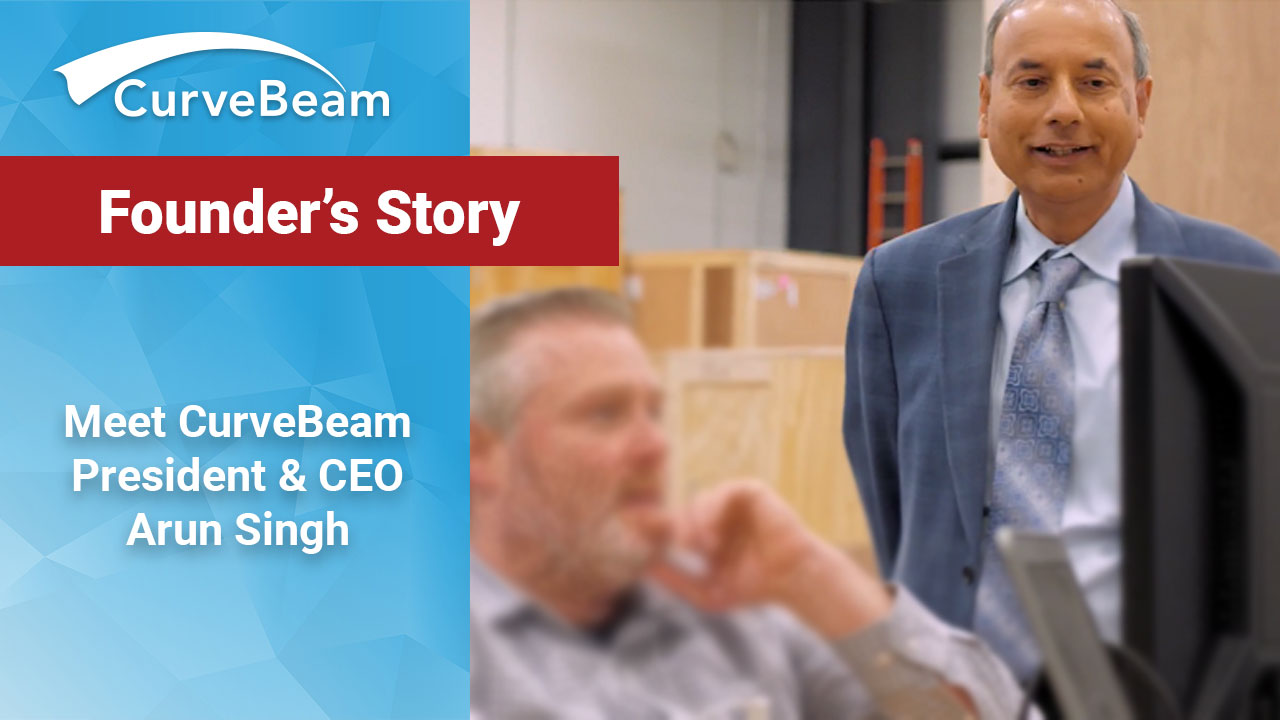 Mr. Singh knew he wanted to pursue a career in computers when he was only eight years old, after reading an article in his father’s copy of LIFE Magazine about early computing models. But he didn’t physically use a computer himself until his bachelor studies at the Birla Institute of Technology in Bihar, India. Arun would manually punch his code onto computer cards, and then mail the cards to the neighboring campus, which had an on-site computer. His cards were fed into the computer and the results of his program were mailed back to him about two weeks later.

Mr. Singh moved to the United States in 1980 to pursue a master’s degree in electrical engineering at The Ohio State University. His thesis focused on specialized software for parallel processing. He created a program that could pool multiple computing elements and distribute a programming task for higher throughput and faster performance.

In 1985, Arun met Hank Tancredi, with whom he would found Imaging Sciences seven years later. But first, they both worked together for another venture that pioneered one of the first tomographic imaging systems for dental applications.

Mr. Tancredi’s garage served as Imaging Sciences’ first headquarters. In that garage, they improved upon the original tomographic system and introduced their first product: the CommCAT. The CommCAT was the first commercially viable device to offer full automation and computer based mapping of targeted imaging sites, namely the maxillofacial region of the skull. The first model was adopted by physicians all over the world, including in Australia and Japan. The CommCAT was a large device, and required programming expertise to get results. Physicians had to target the desired image at the time of acquisition, and the device produced discrete slices.

Ten years later, Imaging Sciences released the i-CAT, a full volumetric imaging system with almost push-button cone beam CT imaging, at a $150,000 price tag. Within the first year of its introduction, Imaging Sciences sold about 50 i-CATs. The product continued to have astronomical success in the dental/ maxillofacial specialty. Mr. Singh recalls one of the i-CAT’s early adopters told him that prior to using the device to image his patients, he felt like he was “driving without headlights.”

The i-CAT spurred a number of parallel innovations including custom guides for implant placement to reproduce the pre-surgical planning done on the computer screen.

Mr. Singh helped grow Imaging Sciences to a company of about 100 employees. Mr. Singh’s scope of involvement grew beyond software development and product design to Chief Technical Officer. He also played a key role in technical support, training and installation, and technical marketing and sales.

Imaging Sciences was acquired in 2007 by a multinational corporation with close to 15,000 employees. Arun elected to take an early retirement in 2009. After a brief period of travelling the world with his wife, he began searching for his next entrepreneurial venture. The answer came to him while vacationing in South Carolina. Mr. Singh rolled his ankle on the edge of a walkway and sustained a small fracture on his fibula. Since he still had ties with former coworkers at Imaging Sciences, Mr. Singh scanned his foot in an i-CAT. He took the 3D scan to his podiatrist, who was amazed at the quality of the image.

Shortly thereafter, Mr. Singh began amassing a new team with Mr. Tancredi that included a number of their original Imaging Sciences colleagues. CurveBeam was founded as and continues to be a 100 percent employee-owned venture. CurveBeam received no venture capital funding, loans or grants.

Mr. Tancredi passed away from a brain aneurism shortly thereafter, but the team honored his memory by bringing the pedCAT to market at lightning speed – by industry standards – in 2012. The pedCAT was the first cone beam CT imaging device that could image both feet in a single scan while they were fully weight bearing. Early adopters agreed that the pedCAT had the capability to change the standard of care for foot and ankle imaging.

In 2016, Mr. Singh was awarded the Carl Gugino Lifetime 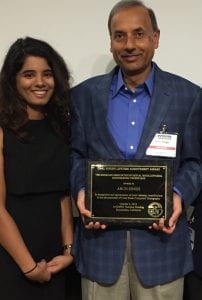 “Today, you look at [Imaging Sciences], what is the most successful CBCT company in the world, and you built it Arun,” Mr. Jerry Peck, who presented the award, said.

After the success of the pedCAT, CurveBeam continued expanding it’s presence in the orthopedic world with the release of the InReach. The InReach was CurveBeam’s answer to the need for point-of-care upper extremity CT imaging. The InReach received FDA 510(k) clearance in 2017. In May of 2018 CurveBeam released it’s second generation weight bearing CT device, the LineUP. The LineUP took pedCAT’s weight bearing CT capabilities to the next level by allowing weight bearing imaging up to the knee.

The LineUP’s success indicated that there was a need for expanding imaging capabilities for pathologies such as total knee replacement and hip/pelvis related injuries. In February 2021, CurveBeam released it’s third generation weight bearing CT device, the HiRise. The HiRise allows surgeons to capture CT images up to the hip/pelvis, and easily transitioned into an ergonomic solution for the upper extremities as well.

CurveBeam continues to innovate extremity CT imaging for the medical specialties, with a number of R&D efforts underway.