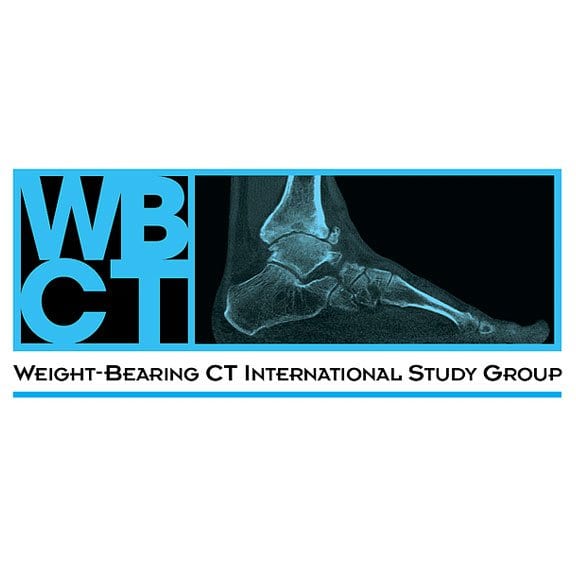 The field of foot and ankle pathology has seen recent technological advancements that allow specialists to diagnose and treat ailments with far greater accuracy and effectiveness than was previously possible. Dr. Cesar de Cesar Netto, a board member of the Weight-Bearing CT (WBCT) International Study Group, recently outlined in a lecture on FOOTInnovate the leap we have made by moving from traditional X-Ray scans to the modern weight-bearing CT scans, such as the pedCAT developed by CurveBeam.

“Comparing the X-Ray with weight-bearing CT technology is like comparing a game of FIFA on the Sega [Genesis] with the PS4. “There’s no comparison,” De Cesar Netto says. “You’re seeing the same team, the same game. The concept is the same but the visualization is completely different.”

The pedCAT uses is cone-beam CT technology, which means that a cone shaped X-Ray beam is used to gather volumetric data from all sides of the foot or ankle in just a single rotation. What makes this technology particularly significant, according to De Cesar Netto, is the ability to see how the bones and tendons in the foot interact differently when weight is placed on them. Not only that, but cone-beam CT scans only put out around 3.8 micro Sieverts of radiation, compared to the 25 micro Sieverts of a traditional CT scan.

In his lecture, De Cesar Netto lists standardization as one of the central goals of the WBCT Study Group. By establishing automatic alignment parameters, doctors will be able to more easily detect anomalies in the scans. To show this he walks the audience through several case studies.

The first involves a 54-year-old patient who is suffering from a bad ankle sprain. Through the use of WBCT scan software that provides 3D biometrics, De Cesar Netto shows how it is possible to use alignment analysis to determine where the patient’s talus is compared with where is should be if all bones in the foot were properly aligned. The second and third case studies, involving patients suffering from progressively flattening feet, also used WBCT imaging to show issues with the ligaments and inflamed tendons contributing to the problem.

By utilizing WBCT scans and CurveBeam’s latest software tools, De Cesar Netto says doctors can implement more effective solutions through complete analysis than if they simply relied on conjecture based on traditional X-Rays. The more complete the picture, the better the treatment.

De Cesar Netto is anticipatory of CurveBeam’s LineUP system, which will provide doctors with a bilateral data set image of the foot, ankle, and knee at the same time, allowing them to have a complete picture of deformity in the lower extremities, leading to a better evaluation.

CurveBeam is constantly seeking to move the field forward and provide doctors with the tools they need to care for their patients. It’s why Dr. De Cesar Netto mentions in his lecture that he believes CurveBeam is one of the best available options on the market.  View Dr. De Cesar Netto’s webinar on FOOTInnovate here. Membership is required to access the webinar, but is free for foot and ankle specialists.