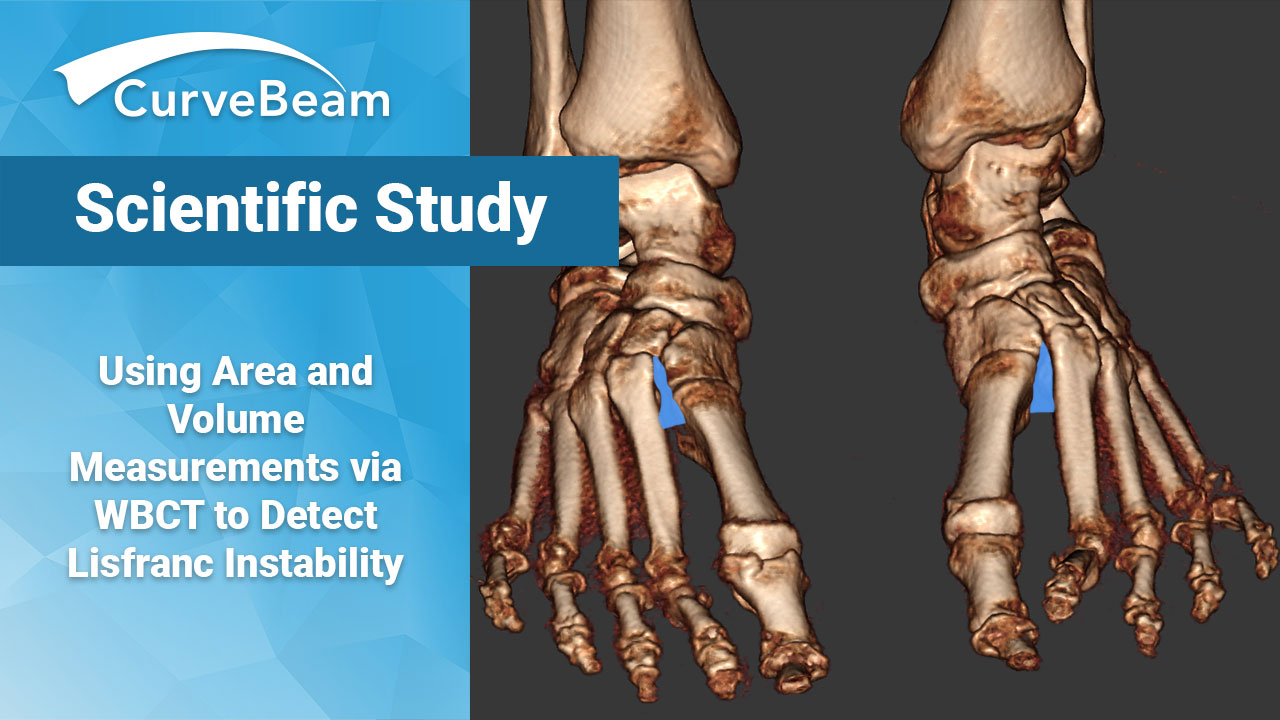 Subtle instability injuries are more difficult to identify, even when using weight bearing radiographs. Subtle Lisfranc instabilities will usually be accompanied by clinical signs and symptoms, but when inadequately treated, can result in high morbidity and long-term disability. Traditionally, when a diagnosis remains in question, clinicians will use either MRI or CT imaging modalities to further assess, though both have their own unique limitations. While MRI readily identifies Lisfranc ligamentous injuries, it does not distinguish between injury and instability limited by its unstressed views and suboptimal bony detail. Conventional CT can demonstrate midfoot alignment with anatomic detail, but it lacks the key component of weight bearing and therefor is capable of missing subtle instability.

The solution? WBCT. WBCT offers several advantages over the current standard imaging modalities. It not only visualizes the Lisfranc joint complex while weight bearing, but with systems such as CurveBeam’s pedCAT Premium, has the unique capability of scanning bilaterally, allowing a direct comparison between the injured and uninjured foot. Additionally, this newer technology comes with software capabilities that enable multidimensional analytic assessments previously unavailable.

Dr. Bhimani’s study aimed to evaluate the Lisfranc joint complex using 1-Dimensional, 2-Dimensional, and 3-Dimensional measurements from a WBCT scan among patients with operatively confirmed Lisfranc instability, as well as among a cohort of control patients without foot injury. The experimental group contained 14 patients, while the control group included 36. The following measurements were performed on both groups:

Results found that amongst patients with unilateral Lisfranc instability, all WBCT measurements were increased on the injured side as compared to the contralateral uninjured side (p values ranging from <.001 to .008). Volumetric measurements in the coronal and axial plane had a higher sensitivity (92.3%; 91.6%, respectively) and specificity (97.7%; 96.5%, respectively) than 2D and 1D Lisfranc joint measurements. The control group showed no difference in any of the measurements between the two sides, further underscoring the reliability of the contralateral extremity as an internal control.

While data suggested that WBCT can effectively identify most patients with Lisfranc instability using 1D distance, 2D area and alignment, or 3D volumetric measurements, it strongly corroborated 3D measurements are the best and most sensitive technique particularly when trying to differentiate more subtle instability patterns.

Researchers concluded that future studies are necessary in order to better understand the utility of WBCT to diagnose such subtle instabilities but based on available data, this new technique is recommended to supplant earlier methods for optimized identification of Lisfranc instability.