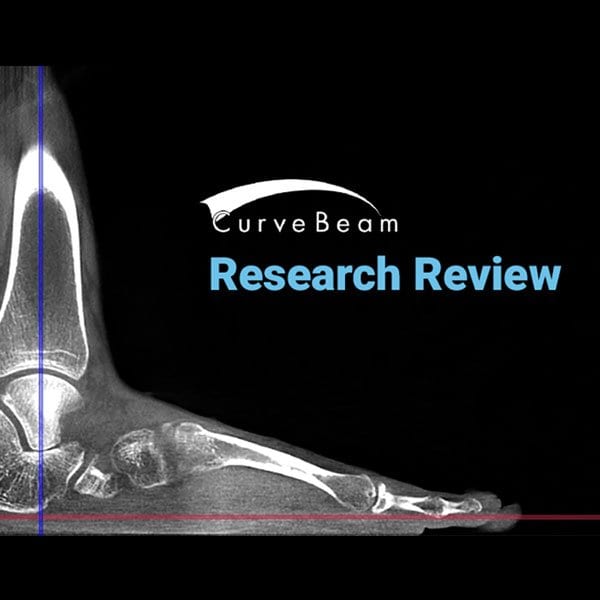 Adult acquired flatfoot deformity is a common, complex disorder associated with the failure of various soft-tissue structures involving and affecting the arch of the foot. It can differ in both severity and location, which contributes to the complexity of analyzing the problem among patients. Unfortunately, it is often difficult to characterize this deformity with standard radiography. Evidence strongly suggests, though, that weight-bearing (WB) imaging is vastly superior to non-weight-bearing (NWB) imaging.

Although a relatively small sample size was used (12 men and 8 women), the differences discovered were so significant as to be adequate to support the researcher’s conclusions.

Another limitation of the study was researchers used a cone beam CT extremity scanner that could not visualize the whole length of the first metatarsal, especially the distal aspect, due to the limited field of view. This impediment greatly contributed to the low reliability of all measurements that involved the assessment of the first metatarsal axis. The CurveBeam pedCAT has the largest field-of-view in its class, and a single scan can capture both entire feet.

Weight-bearing (WB) radiographs have been the typical tools used to determine the degree of deformity in flexible adult acquired flatfoot deformity, but the use of WB computed tomography (CT) is on the rise because of its ability to create 3D images better able to show doctors the full complexity of the structural failures. WB 3D extremity cone-beam CT has recently been shown to outperform even multidetector CT when evaluating foot & ankle bone anatomy—and with less radiation exposure.

High-resolution 3D cone-beam CT imaging allows you to reliably assess flexible adult acquired flatfoot deformity during physiological upright WB. Its results are at least analogous to traditional radiographic measurements, and WB is shown to be considerably more accurate than NWB. More clinical work is needed to support these conclusions, but with more widespread adoption of high-resolution 3D cone-beam CT imaging, we expect to see these results reproduced.