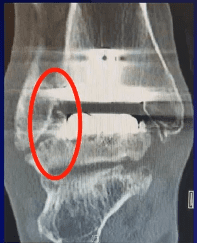 Sometimes the simplest solution to a difficult challenge is a change of perspective. That’s exactly what Dr. Selene Parekh and his colleagues at the North Carolina Orthopaedic Clinic have learned after using the CurveBeam pedCAT. In his talk titled “Standing CT: Zooming in on the Problem,” Dr. Parekh outlines how his experiences at the clinic and as a professor of orthopaedic surgery at Duke University have demonstrated the importance of weight-bearing computed tomography (WBCT) scans.

All too often, clinics rely solely on x-rays for initial diagnosis. If CT scans are used, the patient is usually lying horizontally, with weight and pressure completely removed from the area in question. As a result, the treatment plans or pre-operation strategies are developed from incomplete information. With WBCT scanners, doctors can accurately view the interaction of elements in the patient’s lower extremities, allowing them to better diagnose the issue.

To illustrate this point, Dr. Parekh outlines several of his own real-world cases, one of which occurred within the last week. A 35-year-old woman visited the clinic complaining of medial ankle pain. While an initial x-ray revealed a minor increased talar tilt, a review of the patient’s history prompted her doctors to look again with the weight-bearing pedCAT. The test revealed the presence of osteochondral lesions. This refined diagnosis resulted in more appropriate treatment options, such as a resurfacing procedure to repair the issue at the heart of the problem. 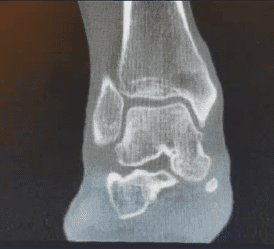 Another case involved a 61-year-old man who liked to stay active by biking and running. He presented with pain in his right foot. An x-ray revealed a malunion of the fibula and some arthritis. A total ankle replacement was subsequently performed, and the man resumed his active lifestyle. After five years, however, he returned complaining of increasing pain in the same foot. This time, a WBCT was taken, and the clinic saw the full extent of the problem. They discovered an impingement of the bone as well as a settling of the talar component into the talus, which was causing a talar fracture. Without this scan, it is likely that minor (and insufficient) treatments would have been considered. The patient chose to undergo an entire talus replacement, so he could keep cycling, a healthy activity that he enjoyed.

These cases, as well as others outlined by Dr. Parekh, illustrate the significant difference that WBCT scanners such as the CurveBeam pedCAT can make in a physician’s ability to treat patients. Even beyond these new perspectives offered, there are other benefits to the patient, most significantly, reduced radiation exposure. While traditional CT scans have radiation levels around 2000 sieverts, the pedCAT only emits about 2 sieverts of radiation. Curve Beam is also releasing the LineUP, which will facilitate total lower body scans, from floor to knees.

By giving physicians a complete view of a patient’s extremities and the interactions of the bones, ligaments, and joints within, CurveBeam aids in providing the best treatment possible to patients. You can learn more about CurveBeam here!