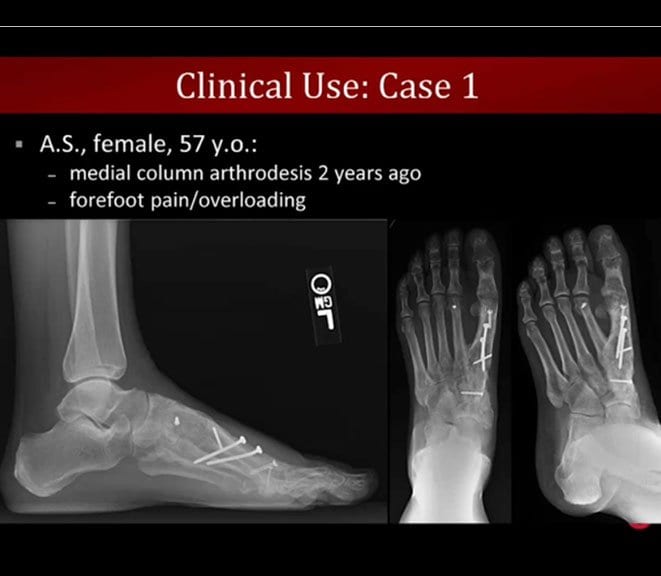 On February 23, Dr. Alexej Barg, an orthopedic surgeon at University of Utah Health Care, shared an overview of the latest literature on the use of weight-bearing CT scans (WBCT) with foot and ankle patients. WBCT scans provide several benefits to doctors and patients, according to Dr. Barg. For example, there are reasonably low radiation doses. In addition, patients are in a natural standing position. Also, the relatively small scanner size allows for convenient office storage. Finally, these scans have lower capitalization costs than conventional CT scans.

The first professional paper on this topic was published in 1999. It described the significantly different radiographs with WBCT scans compared to the then-current CT scans. The paper described a simulated weight-bearing environment in which the patient was on his back with the foot held in a frame. While today’s literature focuses on true weight-bearing scans, the 1999 publication was, nonetheless, a revolutionary one. 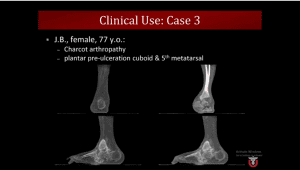 In today’s medical publishing world, there are seven established medical literature data bases (PubMed, MEDLINE, Embase, CINAHL, Cochrane Central Registrar of Controlled Trials, ScienceDirect, SpringerLink). Also accessible are the digital contents of orthopedic and radiology journals. The biggest takeaway from each review in the webinar was the significant differences between WBCT and non-weight-bearing CT scans in patients who experienced pain or had a deformity, while, on the other hand, the control groups saw little to no differences between the two scans.

In one study, Dr. Burrsens[1] observed that, in addition to the importance of a weight-bearing stance, the measurement methods used are also critical. He performed three different types of measurements on the patients in the study to get a comprehensive view of the ankle and foot. 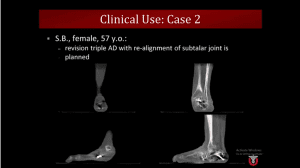 Highlighting the differences between WBCT and non-weight-bearing CT scans allows doctors to better understand the pain point(s) and provide an accurate treatment plan. In the case of a 57-year-old female complaining of forefront pain and overloading, doctors could recognize that the pain was caused by natural alignment of the forefoot. Instead of surgery, they recommend shoe insoles, and the patient was pain free within three months.

In another case, doctors used WBCT scans to determine that reconstruction surgery was not applicable for a 63-year-old male with charcot arthropathy, since he didn’t have the appropriate bone stock. Instead, they recommended a below-knee amputation to better address the patient’s concern. 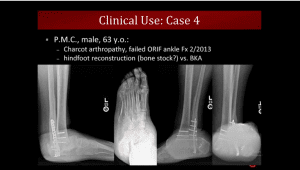 Dr. Barg also shared some future considerations when using WBCT scans, including standardizing measurements and understanding the correlation between WBCT and conventional weight-bearing radiographs. While the industry has advanced in utilizing WBCT scans, ongoing research is necessary to take full advantage of all the WBCT scan benefits.

To discover more about the exciting research supported by the CurveBeam team and its innovative products and goals, visit the website at CurveBeam.com. For more webinars presented by Curvebeam, visit here.