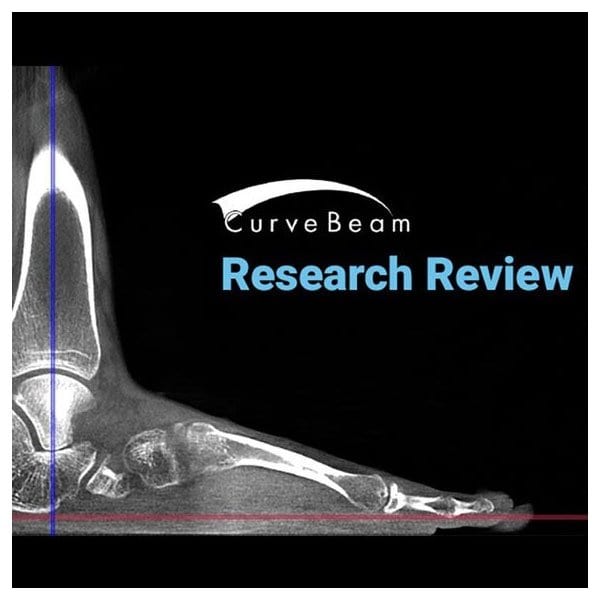 For those needing to analyze the relationship between morphology-based foot center (FC) and force/pressure-based center of gravity (COG), a study by Martinus Richter, M.D., Ph.D., Francois Lintz, M.D., Stefan Zech, M.D., and Stefan Meissner titled Combination of PedCAT with Pedography Shows Relationship of Morphology (Bone) Based Foot Center (FC) and Force/Pressure Based Center of Gravity (COG) showed that combining pedCAT with pedography fulfills those needs. The pedCAT gives you exact, bilateral, weight-bearing 3-dimentional views of the foot and ankle. By inserting a customized pedography sensor into the PedCAT, a new range of analyses was made possible.

In this study 36 patients/72 feet of patients 18 years of age and older were analyzed using pedCAT/pedography. Feet were scanned in a standing position with full weight-bearing. “The morphology based definition of the FC was performed with the pedCAT data following the TALAS algorithm. This algorithm takes different bony landmarks (Posterior calcaneal process, center of talar dome/tibial plafond, metatarsal heads) into consideration and calculates the FC. The force/pressure based COG was defined with the pedography data using a software based algorithm.”

While there is no relevant movement in the COG during the combined pedCAT/pedography scan, there was a 22.6 mm average distance between COG and FC, and FC was found to be distal to COG in all feet and lateral in 49 feet (68%), with no difference found between right and left feet. In other words, as expected, a difference between FC and COG was discovered using this method. Since there is a standard/typical shift between COG and FC, additional pedography may not be needed to predict COG based on FC.

Curvebeam, founded in 2009 by a group of individuals with a proven track record in the advances and compact 3D imaging device domain, designs and manufacturers imaging equipment for the orthopedic and podiatric specialties. The pedCAT from CurveBeam may be small (4’ x 5’), but it is increasingly being shown through research to make the podiatrist’s job a lot easier and their diagnoses more accurate than ever.