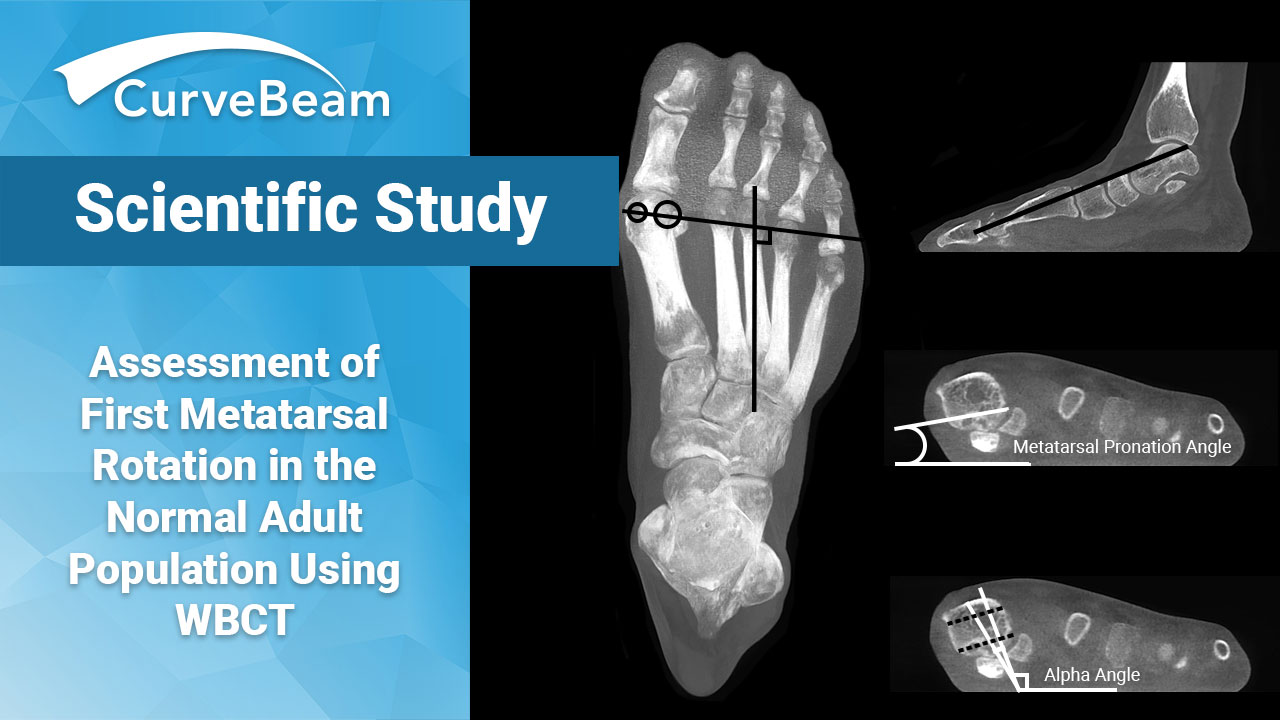 The recognized importance first metatarsal rotational profile for optimal assessment of hallux valgus is rising among foot & ankle specialists. However, normal values for metatarsal rotation as observed on weight bearing CT (WBCT) remain undefined. Ali-Asgar Najefi, FRCS, et al, at the Foot and Ankle Unit at the Royal National Orthopaedic Hospital NHS Trust in Stanmore, Middlesex, UK, analyzed 182 feet (the largest study size known to date) to determine what a normal range may be for patients without hallux valgus deformities.

Researchers used images captured from a CurveBeam pedCAT WBCT system to calculate metatarsal pronation angle (MPA) and the α angle, techniques that measure the rotation of the metatarsal head independent of the position of the sesamoids. Patients with abnormal hallux valgus angle (HVA) and intermetatarsal angle (IMA) measurements were excluded from the cohort.

Unlike previous studies, researchers exclusively used WBCT studies. Measurements were calculated from digitally reconstructed radiographs that were generated from the 3D volumes.

Researchers found the “normal” range to be between   between -5 and 16 degrees for the MPA and between -4 and 18 degrees for the α angle. There was no significant differences in both angles between males and females despite a significantly higher hallux valgus angle (HVA) in female patients, and no relationship at all was found based on age. The reliability for interobserver for the MPA and α angle was good (0.83 and 0.80, respectively) and for the intraobserver it was excellent (0.95 and 0.97 respectively).

In general, researchers concluded most patients have a “constitutional, mild metatarsal pronation.” The study results suggested that as the hindfoot goes into valgus, there is a greater pronation of the metatarsal.

Single coronal slices were used, oriented parallel to the floor in the coronal plane and along the axis of the first metatarsal in the sagittal plane. These images were then reoriented in the axial plane to align with the long axis of the third metatarsal, and a perpendicular line to this that bisected the sesamoids was chosen as the specific coronal slice for the two measurements.