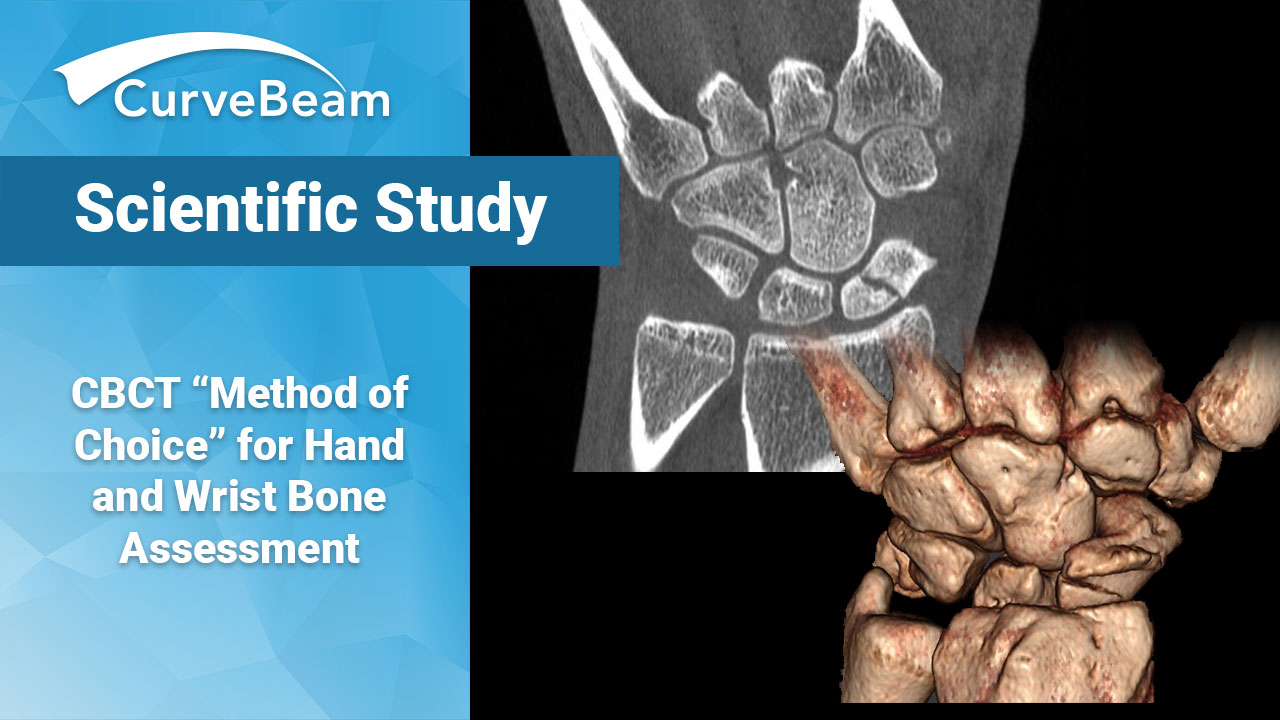 A study published in the International Journal of Biomedicine concludes Cone Beam CT (CBCT)  imaging is the “method of choice” for compound anatomical structures, such as the wrist, and post-traumatic changes in bone tissue.

“Considering the low dose radiation and high image quality,” CBCT could be used as a priority method of choice to assess the structure of wrist and hand bones and be done as a first step in diagnostics, replacing standard radiography,” according to the study, which was led by A. Yu Vasiliev PhD, MD, at Moscow State University of Medicine and Dentistry.

The wrist and hand are one of the regions in the human body most prone to injury and disease.  Only one-fifth of incapacitation is the direct result of injury or disease. Many cases of incapacitation are instead due to mistakes made in diagnosis and treatment, according the study. Vasiliev and his team examined the capabilities of cone-beam computed tomography (CBCT) in the assessment of the structure of wrist and hand bones.

The study appeared in a 2013 issue of the International Journal of Biomedicine.

The results demonstrated that CBCT provides high efficiency in detection of form, measurements and structural changes of bones of the anatomic region. The cone beam CT images of wrists and hands provided high-resolution, detailed mapping of bone structure, as well as accurate differentiation of bone trabeculae and minor structural changes and defects.

A new generation of cone-beam scanners makes it possible to obtain high-quality images without exposing the patient to a high dose of radiation. This facilitates more and better examinations in orthopedics and traumatology for better patient outcomes.