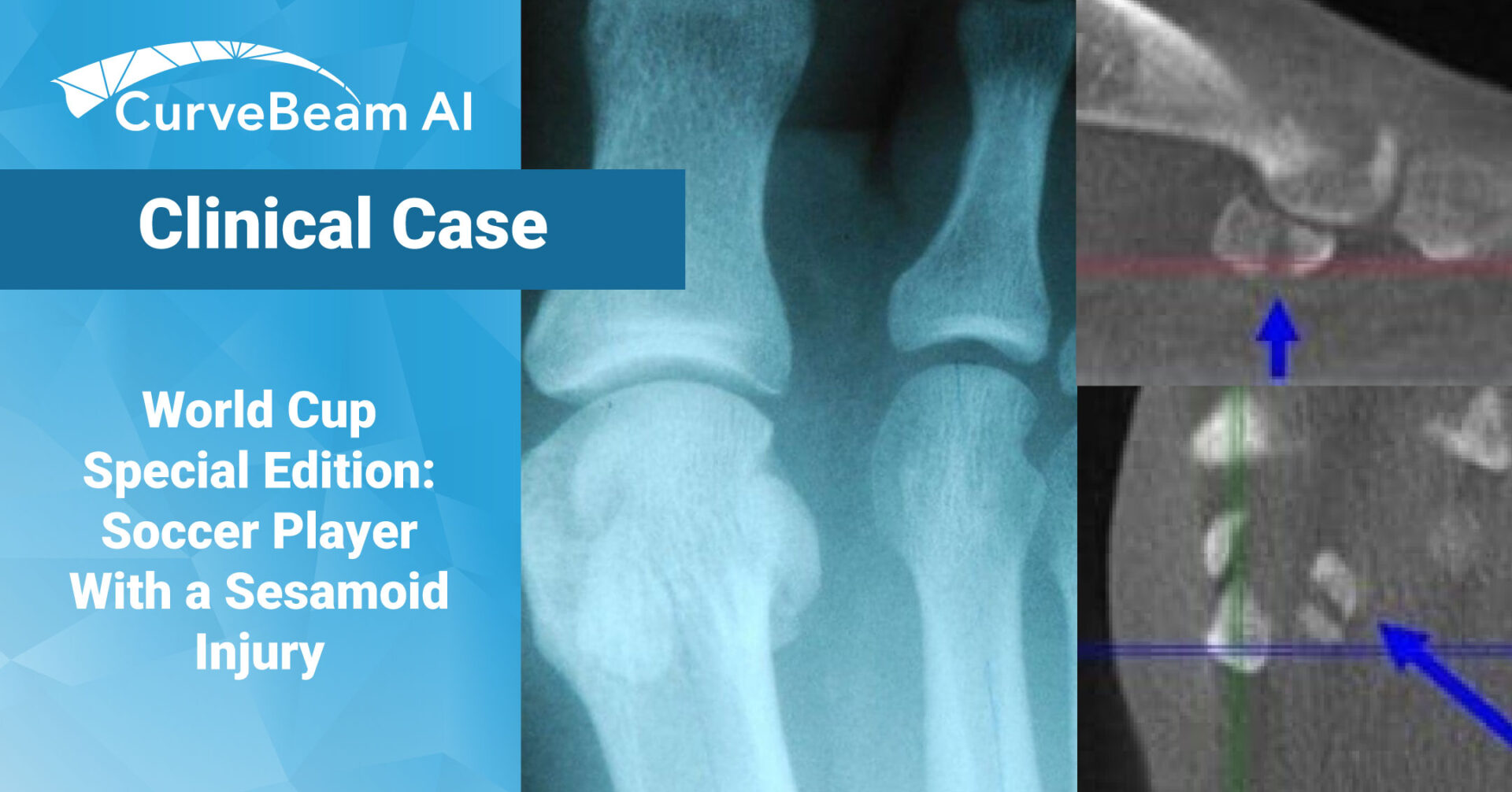 The 2022 FIFA World Cup has officially come to an end and Argentina has emerged victorious. The last two weeks were filled with cheering fans, tears of joy, and national pride. With any sport, inevitably there were several injuries during the course of the tournament, in fact, prior to the U.S. men’s national team even arriving in Qatar, two players were ruled out due to injury.

For professional athletes and weekend warriors alike, an accurate diagnosis from the onset can make a huge impact on the speed of recovery.  When it comes to bony injuries of the foot and ankle, the pedCAT is the only tool in the world that can provide a weight bearing, three dimensional image of the entire foot or both feet.

Here’s a case of a 30-year-old soccer player, who was treated by a  California podiatrist. The athlete injured his right great toe and sesamoids while playing soccer. The doctor observed that the patient’s first metatarsophalangeal joint was swollen and ecchymotic, and that he was tender upon palpation of the great toe joint and sesamoid bones.

The doctor took standard non-weight bearing X-Ray images of the patient. The AP and lateral X-Rays showed an obvious fracture with displacement in the medial sesamoid. The lateral appeared to have a fracture, but the doctor could not confirm his suspicion with the X-Ray. The doctor also took an axial X-Ray, but it had no diagnostic benefit since the patient could not extend his great toe. 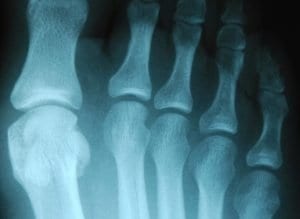 “I could determine that there was enough bony contact to allow for bone healing with appropriate conservative care management,” the doctor said.