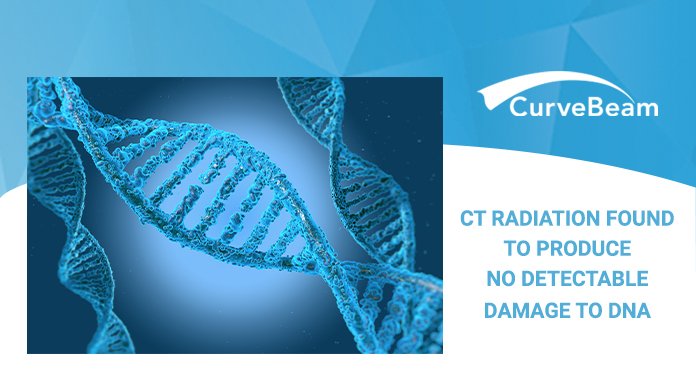 Low-dose CT scans have been proven to be effective in the diagnosis and treatment of patients, but concerns still linger surrounding the method, particularly regarding the potential for DNA damage.

However, a study published earlier this month in Radiology by Japanese researchers asserts that, for individuals who receive low-dose CT scans, there was no detectable DNA damage like that which had been observed after standard-dose exams.

Though uncertainty surrounding the long-term risks of medical imaging persists, particularly as it concerns higher potential for cancer development in patients, previous analyses have also concluded that levels of lifetime cancer risk associated with head scans utilizing CT are lower than among the general population.

The aforementioned study regarding DNA damage was conducted by Dr. Satoshi Tashiro, PhD, and colleagues at Hiroshima University in Japan.

The goal was to dive deeper into the association between both standard and low-dose CT scans and a lasting impact on human DNA.

In order to investigate these correlations, the team analyzed blood samples from over 200 individuals taken before and shortly after the individuals were given a chest CT exam.

Around half of the study’s participants received a mean effective dose of 5 mSv, a standard dose, while the other half received a lower dose of just 1.5 mSv. This lower dose is typically used for lung-cancer screenings.

After thorough analysis, a statistically significant increase in the number of DNA double-strand breaks and chromosome aberrations was observed in those participants undergoing a standard CT exam when compared to their levels prior to their scan.

In fact, the changes were measured at a .05 y-H2AX foci per cell increase in double-strand breaks and a 2.1 per person increase in chromosome aberrations.

However, among those receiving the lower dose, no such increases were observed.

A secondary analysis was also performed on 63 participants from the original group who received a follow-up standard CT exam within three months of their original, low-dose scan. These secondary scans produced increases on par with the participants who initially received standard dosage.

Tashiro concluded that the “application of low-dose CT for lung cancer screening is justified from a biological point of view.”

Moving forward, the team will leverage these results to explore other radiation-based imaging methods on human DNA.

As the year comes to a close we want to wish all of our team,…

Made in America: Countdown to the CurveBeam AI Premiere

MarketScale's Made in America series explores industries that are thriving in the USA. In it's…